If you are feeling insecure, know that you have everything you need to fly! Most of the times, the struggle is part of the preparation. Much can be learned from the struggles we face and can even build our confidence when something bigger or more challenging comes our way. We don’t have to fear failure, because everything is an opportunity to learn and grow.

“By his divine power, God has given us everything we need for living a godly life. We have received all of this by coming to know him, the one who called us to himself by means of his marvelous glory and excellence.”

You Have Everything You Need 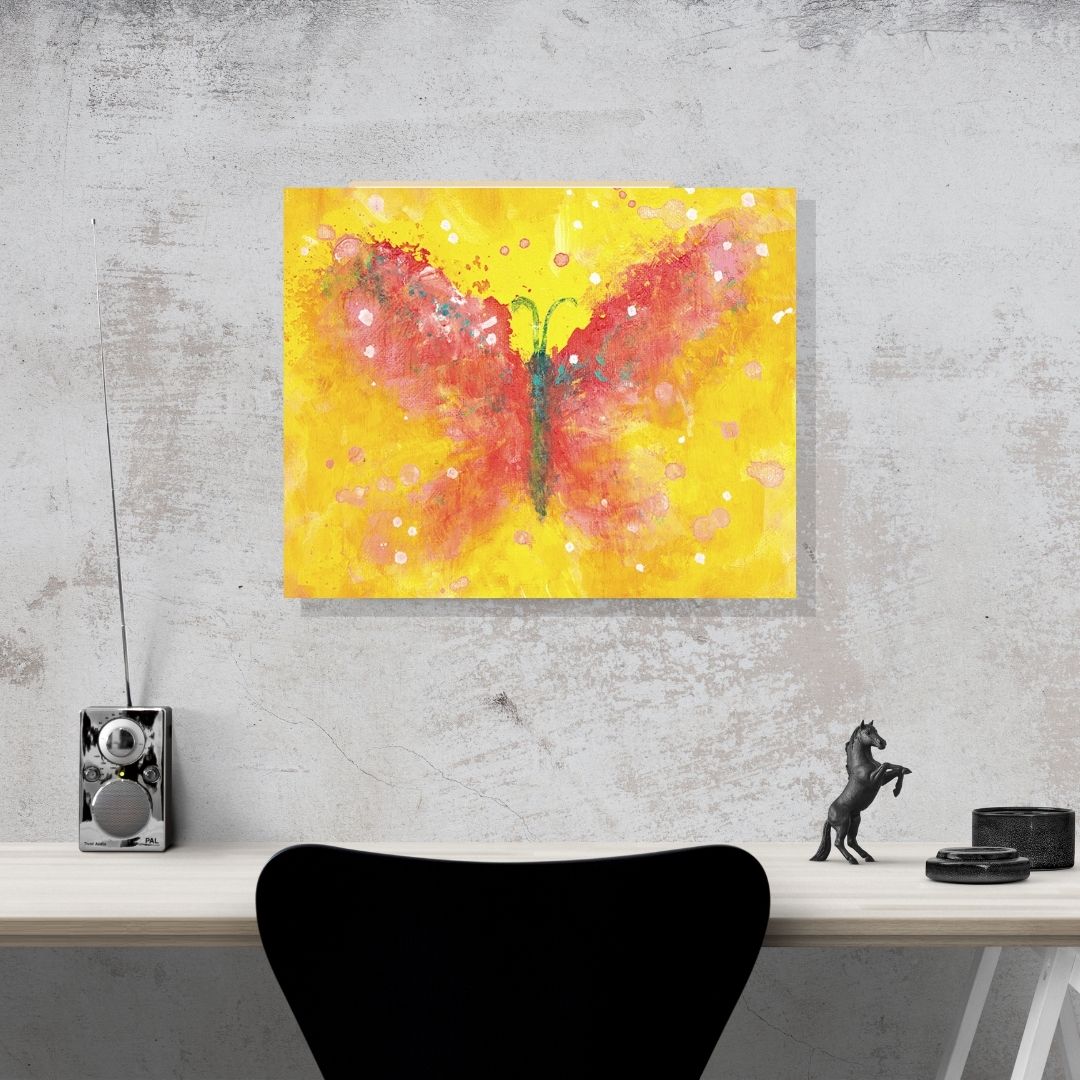 Inspirational wall art featuring this butterfly painting to remind you that have everything you need to fly. Just like a butterfly, it doesn’t have to ‘try’ to fly, it just does what it was created to do. Whether it’s a new idea, a new project, or a new job, you can just be yourself. Nothing more and nothing less. There is a grace that is released as you walk out your identity and the assignment God has called you to, in the territory you have been given.

We see this with David in the Bible. He probably felt some stress and fear as he tackled the bear and the lion with his bare hands. It was preparation to slay Goliath. David didn’t know that day on the field, what was going to happen with Goliath, but he was walking out his identity, his convictions and God had prepared him for slaying a giant. What giants are you facing? Keep following God’s next steps as they are all preparation for what is to come.

God planned for David become a king and placed everything in him all he needed to be a king – his desires, his convictions, his gifting, his talents. Even though his parents did not see his kingly qualities, it did not stop the call of God on David’s life. The enemy used even David’s leader, King Saul, to try and stop the call of God in his life, but the enemy did not succeed. Maybe there are people in your life that don’t see what God sees in you. Just because others don’t recognize God’s calling in your life, doesn’t mean it  can’t come to fruition. It was God’s idea when He created you. He wants to see His beautiful plans purposes in our life come to fruition more than we do. You have everything you need to live the life God planned for you.

I created this with the Lord during an online workshop for someone there. I didn’t know who it would be for until I saw them and the Lord said to share it with this guy from New Zealand.  I didn’t know anything about him or what he was going through, but God did! It was a delight to hear that it resonated with them and what he was currently going through.

There are no reviews yet.